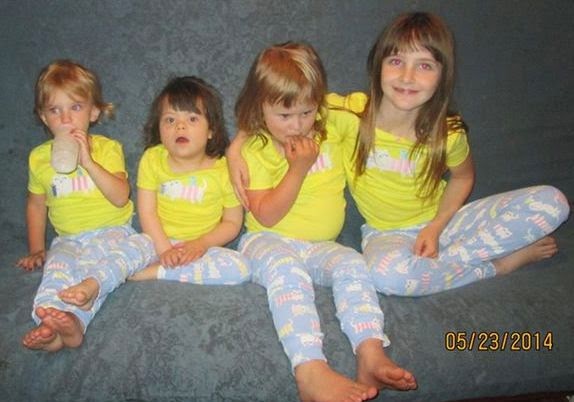 Esther now has two younger sisters....Carese and Christy! Christy came home to be Esther's newest sister on May 18.  Esther was not exactly thrilled with the new addition - I think she thought she was just a visitor.  She basically ignored her existence for the first month or so.

Then a transformation began.  I started with Esther being jealous of any time that her favorite brother, Reuben, spent with Christy.  She's basically climb over Reuben and force him to notice her.  This was short lived however.  Just a couple of days after this, I guess she figured out the Christy was here to stay. 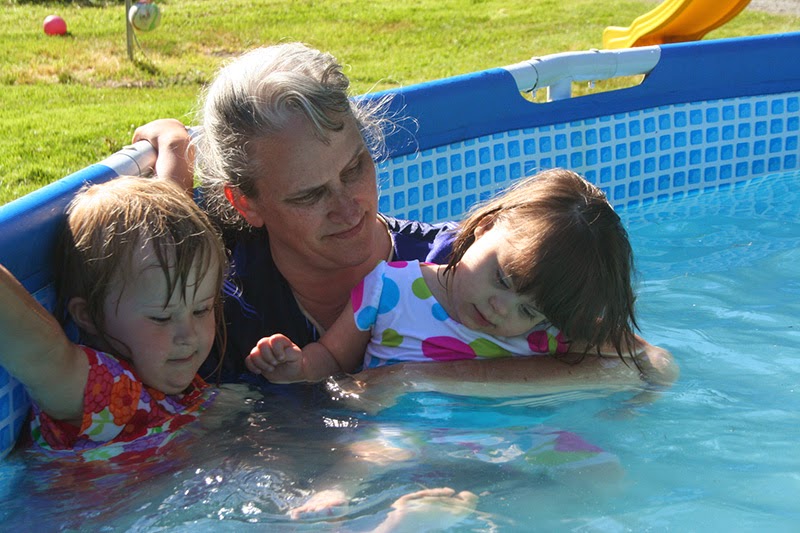 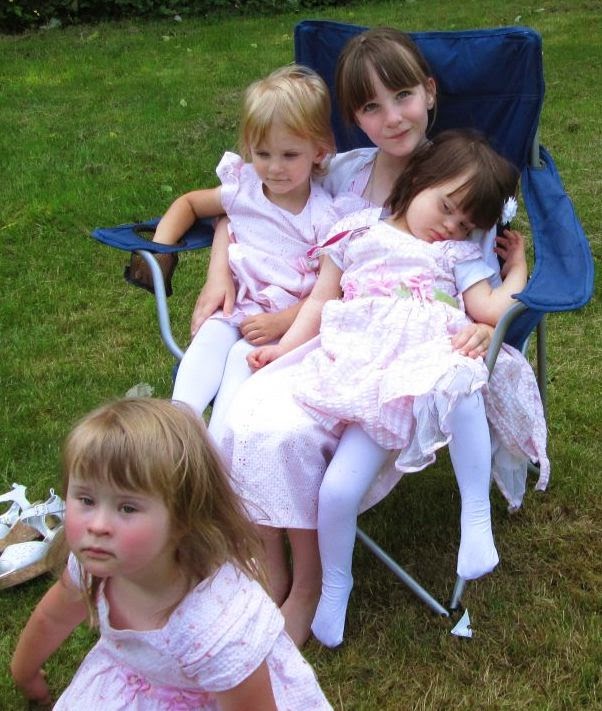 The first sign of this was one evening last month that Esther got down on the floor with Christy and they were just interacting.  Soon they were both giggling!  Within days Esther was regularly interacting with Christy, even spontaneously hugging her.  It is so terribly sweet!

Esther has had a great spring and summer.  She loves playing outside.  And she's amazing at pumping while swinging and goes so high!  For a long time she was great at wearing her glasses, but she keeps losing them now that she is so very, very busy!  She spends time in the pool several times everyday - if anyone is in the pool, she wants to be there!

Tomorrow I am taking Esther to Children's Hospital in Seattle for her dental work under general anesthesia.  She has two large cavities that we know of - one is from an upper tooth rubbing on the lower tooth, and the other was where two teeth were pushing so hard on each other that it was impossible to floss between and one tooth actually broke.  She might have more work, but since we couldn't get exrays (she does not like to allow anyone besides me look into her mouth) we won't know what all needs to be done until she's under, had a cleaning and exrays and they they will go to work.

Last week I took Esther in for her pre-surgery appointment and she was such a big girl!  She walked everywhere by herself, stayed by my side and waited patiently!  Biggest surprise of the day was when I took her for her blood draw. Usually this means she sits on my lap, I hold her arm down and she cries...sometimes a lot.  This time she climbed right up into the seat all by herself, I stood next to her with my hand lightly on her free arm (just in case) and she took the blood draw like a champ - no crying, no fighting...just a little flinch when the needle went in.  I stand in awe of this little girlie!

The very day that I first found Esther giggling with Christy, that evening I had all three girls playing around at bedtime in Esther's bed, and I got this amazing video!

Three Decades of Fertility in Paperback, Kindle or Nook!

(I wrote a Chapter for this Book!)

"Sleep in a Bottle" Recipe